The Impact Of Hormonal Birth Control On Fertility 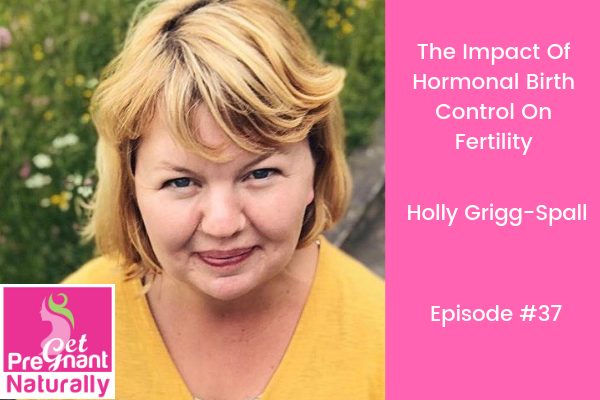 We’re digging into the impact of hormonal birth control on fertility.

Holly is the author of the bestselling book Sweetening the Pill: Or How We Got Hooked On Hormonal Birth Control. She is consulting producer on a documentary inspired by her book, directed by Abby Epstein and executive produced by Ricki Lake, which is currently in production and due for release in 2019.

Holly’s Op-Ed on the pill and mental health side effects for the Guardian was ranked as the most-read comment piece of 2016. The story went viral, became a Twitter Moment, and as a result she was featured by the Washington Post and interviewed for NPR and CBC. Vice named her “the poster girl for a movement of women abandoning the pill in favor of contraceptives that don’t wreak havoc on their body and mind.”

Holly’s work has featured in both American and British Vogue; she has collaborated on an article about the pro-period revolution with Alanis Morissette, and produced a piece on male birth control options with Mayim Bialik. Holly was a speaker at Cycles+Sex, in NYC and LA, and leads workshops on going off hormonal birth control. She is also a brand ambassador for the Daysy fertility tracker. Check out her website:  www.sweeteningthepill.com

If you are like me…when my period became irregular in my early 20’s and I started getting acne, I went to my doctor and I was prescribed hormonal birth control. I started taking the pill…for years…until I wanted to get pregnant.

When I went off the pill I was diagnosed with premature ovarian failure (POF) at 28.  Did the pill compromise my gut health, lead to nutrient deficiencies and ultimately my infertility…or was it the food sensitivities and gut infections..its hard to know which was first.

Bottom line…no one stopped to figure out WHY my period was irregular….and that’s the case for the women that come to see me….who years later are struggling to conceive.

What I do know is that using the pill as treatment for our period is entirely the wrong approach.

And this is a HUGE issue as over 80% of women are prescribed the pill!

This episode is a call to action!  Yes hormonal birth control was and still is seen as liberating for women, but years later the impact on women’s health and fertility is only now being discovered.

On this podcast you’ll learn:

Book your free Supercharge Your Fertility Discovery call.  We’ll come up with a simple plan to help you move forward…towards your dream of having your baby.

Listen here (be sure to HIT the subscribe button so you never miss an episode):